Theatre, but not as we know it

This project started life with the somewhat unimaginative title Festive Film Project. The goal was to create an exciting piece of digital work that celebrated the lives and talents of young people in Medway and Sheppey. The mission to create a Christmas masterpiece began with a call out for stories across social media, asking people for their personal festive stories which, resulted in crackers such as…

With some top-drawer content in our hands, we went in search of our artists. We asked for young people from Medway and Sheppey to show us their skills; anything and everything from a tuneful singer, ventriloquist, rapper, comedian, musician, gymnast or even a mime artist! This process ended with us having six amazing young artists to work with, four that would come on board to create individual films and two other local young people teaming up to create content for our finale film.

We had weekly meetings with the artists on an innovative video-calling app (you may have heard of, it’s called zoom?), in which it was decided that a film project was the best and safest way forward, due to Covid restrictions tightening. In these meetings we played games, debated highly important questions such as “what is the ultimate condiment?” and got to work devising strategy and creative focus for the project.

Looking at the submitted stories and discussing ‘what Christmas meant to us’ led us to themes of nostalgia and kindness, linking these to the festive period. The young artists were tasked with coming up with storylines for their own individual films. We listened to ideas, read script extracts and test clips, and collaborated over the weeks to guide each creative vision.

Then it was time for the fun bit… filming! With a trusty ring-light and tripod in the post, our four filmmakers set about creating their little slices of cinematic magic whilst behind the scenes, the team at Theatre31 began work creating a Covid-safe event, spectacular enough to be worthy of their masterpieces. And so, the Live Premiere was born, becoming the very event that would launch our Digital Stage.

Theatre31 set out to curate a live digital experience showcasing our films, intermittently blended with live speeches and fun-packed pre-recorded footage. The event was designed to celebrate our young artists giving them a ‘premier experience’ watching their creations with friends and family in our VIP Zoom room. Whilst at the same time our live stream beamed the event out to the world, engaging audiences beyond North Kent.

Then came the BIG day! The Premiere! On Thursday 28th Jan 2021 all the hard work and collaboration between the young artists and team came together to create an exciting, live streamed event that celebrated young people across Medway and Sheppey. The event also demonstrated how us as theatre makers, have had to creatively adapt practices in the face of the pandemic! We invited guests to don their best loungewear, crack open the popcorn and sit down for a night of homegrown entertainment. The first feature was a glance into the making of Hip Hopera from the Medway African and Caribbean Association (MACA), commissioned by Theatre31. This company of young people, led by artists Ola Owolabi and Lexi Maize, have been developing this piece of musical theatre which, blends an original score, script and choreography inspired by the Windrush movement. We were able to watch footage of rehearsals, hear from the creatives and participants behind the project and even preview a full routine. It was an utterly beautiful and compelling piece of work and a fantastic start to the event. This was followed by a short animation created Summer 2020 by the former Sheppey Youth Panel. A whimsical interlude celebrating the cultural beauty of Sheppey. The finale was our short film series, the Festive Film Project more brilliantly named the year that really happened by our young artists.

In total live audiences binge-watched two films, a whole mini-series and a handful of speeches (more than enough to rival NETFLIX and chill) and we couldn’t be prouder of the young people involved who created the mesmerizing films and assisted in curating the live event.

The evening was a huge success and beamed out almost without a single technical issue – oh how we love Wi-Fi! It was watched by audiences as far away as Tanzania! If you didn’t catch it on the night, you can still get involved and soak up the essence of our live event.  Head to our website and the newly launched T31 Digital Stage to see all the films that featured. 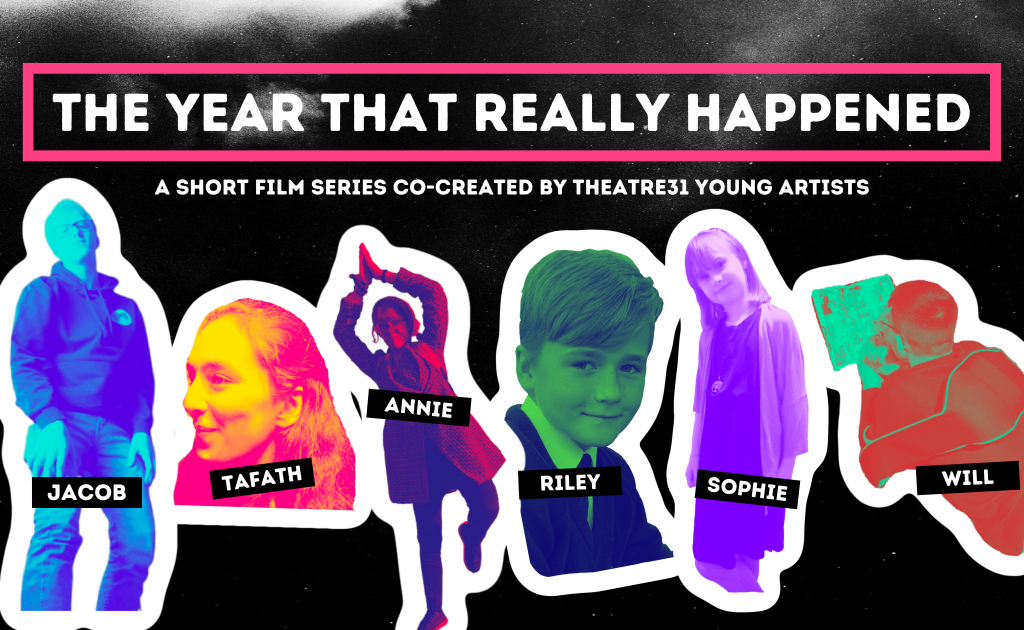